Le Parc Soubise, witness to the tumultuous history of the region 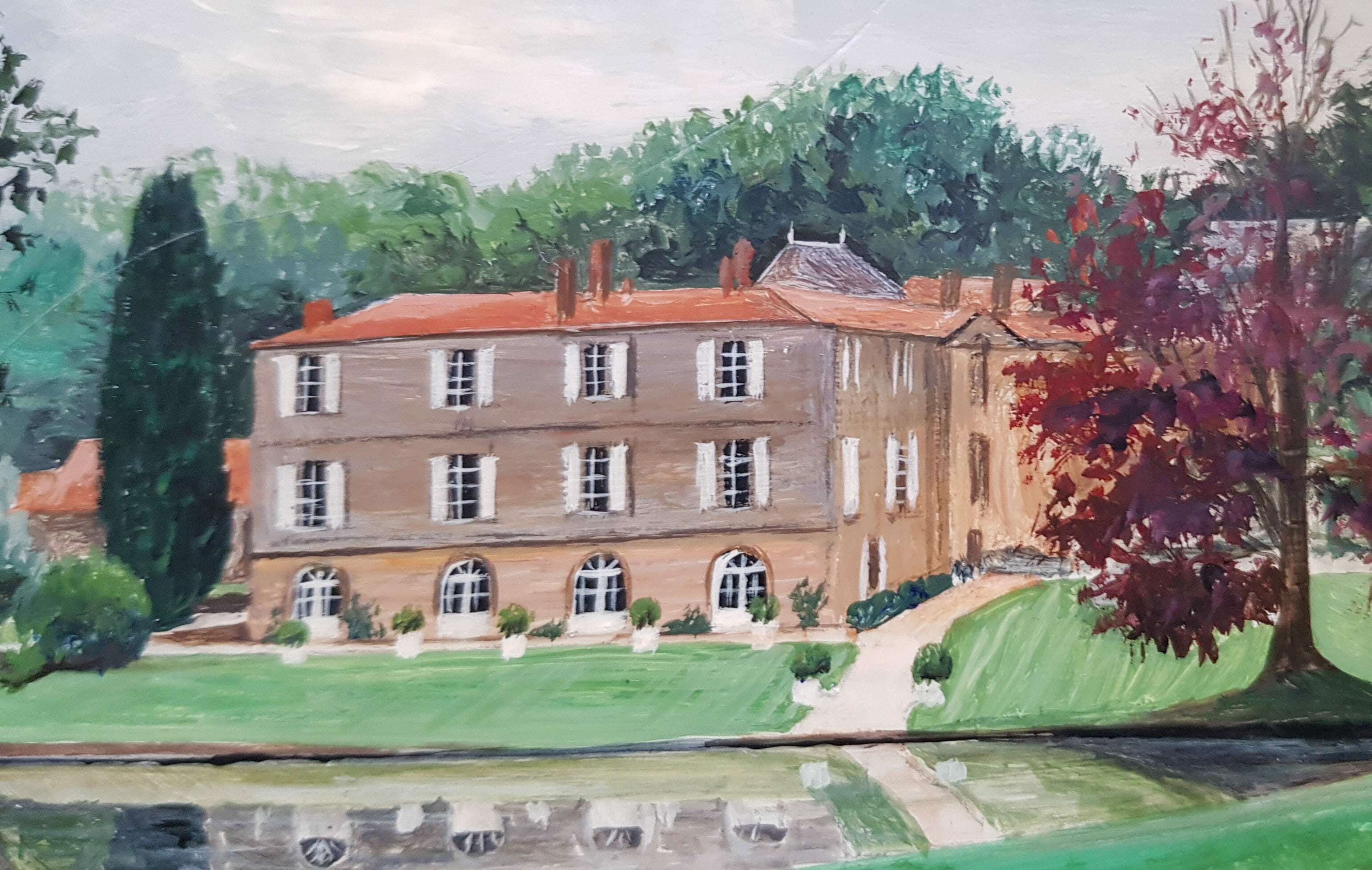 The Parc Soubise estate, in the commune of Mouchamps in Vendée, has always been the property of families of ancient nobility from Bas-Poitou. The place was first occupied by ancient civilizations: excavations carried out at the end of the 19th century brought to light tombs from the Gallo-Roman period. In the 12th century, the property was the hunting and fishing park of the lords of Mauléon then of Lusignan. This famous family gave the last Christian king to the city of Jerusalem at the time of the Crusades and, in another genre, a half-woman half-snake fairy, the Melusine fairy. The domain of Parc Soubise became in 1247, by a marriage between Valence de Lusignan and Guillaume de Parthenay, the property of the Parthenay family the Archbishop. The large and powerful fortified castle built in the Middle Ages was gradually transformed into a Renaissance castle, a style brought back from Italy during the wars of the same name led by Louis XII and later François I.

It is a great female figure of her time who shines in Parc Soubise: Michèle de Saubonne (1485-1549), wife of Jean V de Parthenay and friend of the great mathematician François Viète. Michèle is herself a renowned mathematician and receives at her court at Parc Soubise all that counts intellectuals in the province. Rabelais will come as a neighbor as well as Aggrippa d’Aubigné a little later.

This “lady of Parc Soubise” was lady-in-waiting to Queen Anne of Brittany, wife of King Louis XII, then governess to their daughter, Renée de France. Endowed with a strong character, Michèle does not hesitate to speak her mind, and will be one of the first protectors of Bernard Palissy, the inventor of ceramics.

A decisive meeting for the Vendée

On the occasion of the marriage of René of France with the Duke of Ferrara, Michèle de Saubonne met Jean Calvin, French theologian and initiator of the Reformation, and converted to his ideas and, a woman of strength and conviction, returned to the Park Soubise in 1536, Michèle set out to vigorously impose her new Protestant faith on the whole region. This is how Protestantism was born in Vendée.

His granddaughter, the very beautiful, erudite and austere Catherine de Parthenay the Archbishop, wife of the Protestant René de Rohan, inherited the estate and held court in Parc Soubise where her cousin Henri de Navarre, the future Henri IV, came to visit her. Although under her spell, he can’t help but recognize that Catherine has a hard tooth. He will say of her “Here comes Madame de Rohan; watch out, ladies, so she doesn’t spit on you. At the very least, if she doesn’t spit on it, she will take it seriously.” Catherine is an outstanding builder and manager. It is to her that the property owes the magnificent 17th century buildings: the large barn with its unique architecture in the region, the large attic with the frame of an overturned boat hull and the cellar.The couple will have 2 sons, Benjamin and Henri.Benjamin will die young following a villainous duel and Henri will become the pride of his parents.

Henri leader of the Huguenot armies


Life under the Rohans is not a long calm river. Indeed the religious wars between Protestants and Catholics are over. The Edict of Nantes which put an end to the conflict was signed in 1598 by Henry IV. It authorizes religious freedom and still allows the great feudal lords to raise armies and hold a stronghold. It does not take less for the Protestants to resume the fighting that will be called “the Huguenot wars” from 1621 to 1628. Clashes are frequent and spread rapidly throughout the southwest. The Duke and Duchess are devout Protestants. The Park and its inhabitants quickly became an active center of the revolt against King Louis XIII.

The son of Catherine and René, Henri de Rohan took the lead of the Protestant armies with the support of his brother Benjamin and his mother to go and fight the king’s armies led by Richelieu. He knows the Vendée well, having been its bishop. Cornered in La Rochelle in 1627 where it was waiting for help from the English, Henri’s Protestant army was besieged and had to surrender in 1628, after eating horses, rats, dogs, cats and… to finish boiled horse saddles ! Richelieu, to avoid a new rebellion, decides to dismantle all the castles of the Protestant leaders. This is how the Château du Parc Soubise was destroyed and then sold. Henri de Rohan is chased out of court by Catherine de Medici. A misfortune never arriving alone, the daughter of Henri de Rohan, Marguerite, falls in love with a noble Catholic and from an equally old but less prestigious family, Charles-Auguste de Chabot. She marries him out of love, to the despair of her parents but with the agreement of Louis XIV, who was only too happy to see the last offspring of this illustrious Protestant family enter the bosom of the Catholic Church! 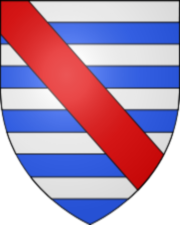 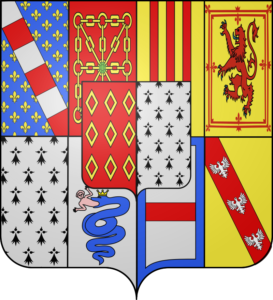 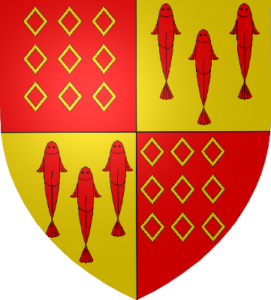 The turmoil of the Vendée wars

In the middle of the 18th century, another Protestant, shipowner in La Rochelle, Monsieur de Bonfils, squire and secretary-adviser to the king, bought the estate and began to build the castle, of which there remains a beautiful ruin today. But he soon resells the estate because he is called to Versailles. Ironically, it was a member of the Chabot family who bought the property and finished the construction of the castle in 1784, starting with the chapel which is now classified as a historic monument. Life is very pleasant there in Parc Soubise according to the chronicles of the time of Father Staub, parish priest of Mouchamps.

But the history of France catches up with this little corner of Vendée during the French Revolution of 1789 and more particularly during the Terror of 1793. The people of Vendée, attached to their freedom of conscience and their Catholic faith, support priests who want to remain faithful to their conviction by refusing to take an oath to the Republic during the Civil Constitution of the Clergy in 1790. The “refractory” priests and those who support them are repressed and sent to Guyana to forced labor. They are imprisoned. Many of them die of mistreatment. The Vendeans also rebel because they do not want to be enrolled in the Republican army. The Vendée is on fire. Then begins a fratricidal guerrilla war between the great Catholic and royal army and the new revolutionary power. If the Vendée wins great victories, it is crushed at the end of 1793. To punish them for their rebellion, the Convention sends what have been called with horror the infernal columns in January 1794. Their only goal is to ravage the Vendée and its inhabitants. On January 31, 1794, Lachenay’s infernal column arrived at Parc Soubise after picking up 200 women, men, children and old people on its way. The soldiers line them up along the castle and shoot them… then set fire to the castle.

Even today the ruins of this drama are intact and stand as a witness to a painful past for the region. Life resumed at Parc Soubise after the Concordat of 1802 and the estate, still in the hands of the Chabot family, recovered. Fishing and hunting regain their rights and this tradition continues today.

The 1939-45 war saw the Vendée welcome many refugees fleeing the Nazi invasion. Soubise Park will be a refuge for Jewish children hidden by the family. Count Pierre and Countess Zoé de Chabot are also recognized as “righteous among the nations” on the Yad Vashem memorial in Israel.

Parc Soubise still offers the charm of its park, its ponds, its historic buildings to visitors wishing to immerse themselves in the authentic history of the region.